Everything You Need to Know About Thunderbird Sync Two IMAP Accounts

IMAP is an acronym for Internet Message Access Protocols. It facilitates an email client to avail messages saved on the email server. It is more advanced and contains more feature as compared to POP i.e. Post Office Protocol. Most of the email service providers are now compatible with IMAP. To know whether a particular account is configured as POP or IMAP, go to Account Settings followed by Server Settings page. Also, refer the below-mentioned blog for better understanding the process of Thunderbird sync two IMAP account.

IMAP Server account is in harmony with offline and online activity. This implies that the messages can be saved on the server as well as the local machine. This results in many possible benefits:

For instance, A Thunderbird user with MS Live account can utilize both the applications, that is installed on the system and a web-based interface provided by Microsoft.

To avail these benefits, flexibility, and functionality, messages should be synchronized between the email server and the local machine.

To know about message synchronization, go through the following situations:

When Mozilla Thunderbird launches, it examines the status of synchronization between the email server and Thunderbird message repository. Then, it performs all the necessary migration like downloading fresh messages from the local server, deleting the message from the server that is already being deleted from the local system, etc.

So, before Mozilla Thunderbird displays a message, it should be downloaded from the mail server.

In this scenario, if Thunderbird has to save a large number of messages from the server, it can cause temporary performance lag. The partial reason is the download process itself and also caused due to the indexing process. In the indexing process, the text of the message is examined and indexed, which enables rapid and impressive message search.

After the process of downloading and indexing is done, performance returns back to normal. The status of synchronization is shown in the bottom left-hand side corner of Thunderbird.

If users have a lot of emails, and there is a storage space impulsion on the local drive, they may not want to sync all of the messages. As discussed above, headers can still be viewed. However, messages can be downloaded only when users are online. 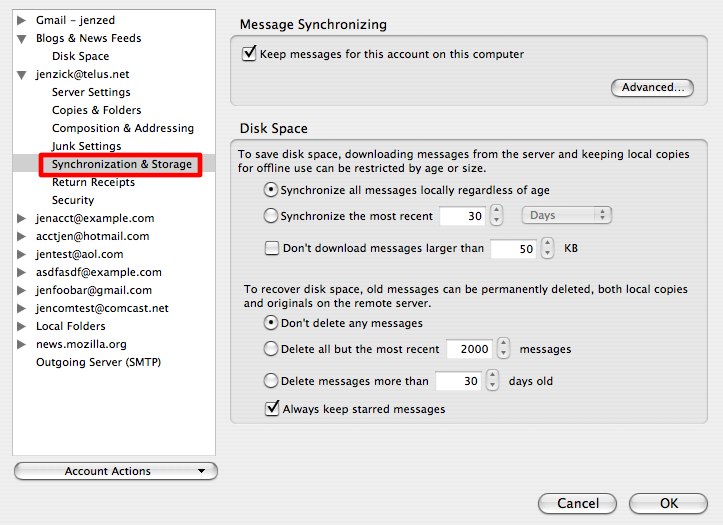 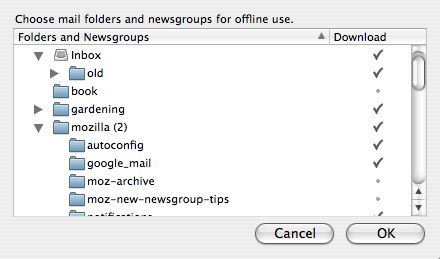 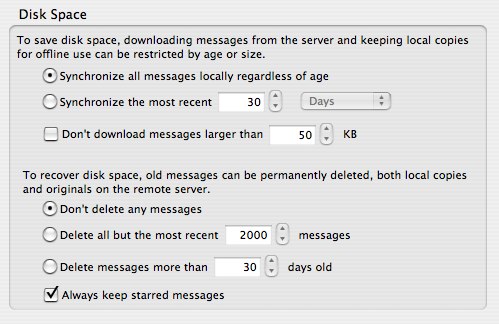 IMAP facilitates an email service provider to access messages saved on the server. Another major protocol for acquiring email messages is POP. IMAP is more advanced and provides more features as compared to POP. In the write-up, complete detail is given regarding syncing two IMAP accounts.